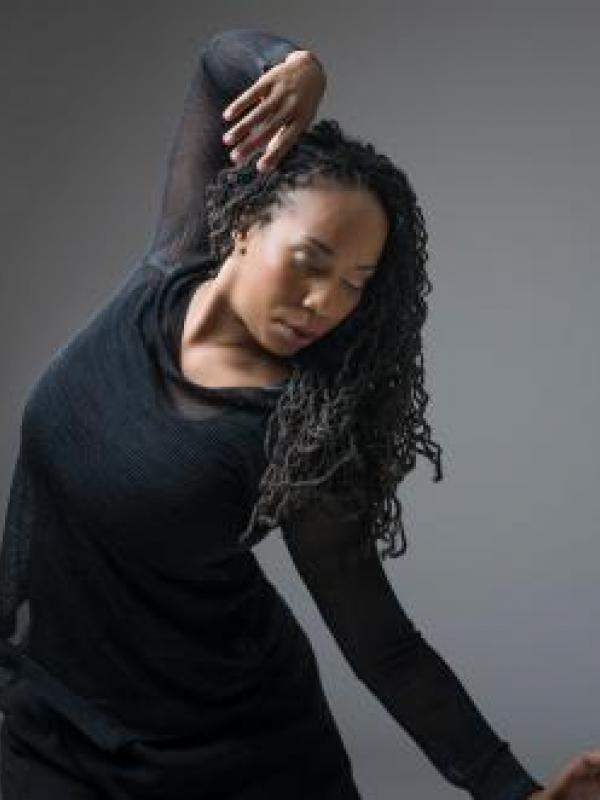 Crystal Michelle Perkins is a choreographer, teacher and performer who served as the Associate Artistic Director of the internationally renowned Dayton Contemporary Dance Company (DCDC). Previous to her appointment, she was a dancer with DCDC’s professional touring company for nine seasons. She served as resident choreographer, and was charged with maintaining an extensive repertory of masterworks by beloved African American choreographers, including works by Donald Byrd, Donald McKayle and Dianne McIntyre. In 2014, she received the Individual Excellence Award from the Ohio Arts Council and the Josie Award, which recognizes exceptional performance in the art of dance. Ms. Perkins holds a MFA in Dance from The Ohio State University, and a BFA in Dance Performance from Southern Methodist University in Dallas, TX. She is a member of the Association of Performing Arts Presenters inaugural class of Leadership Fellows, and a member of the OhioDance Board of Trustees.

As a choreographer, performer, and researcher she has traveled both nationally and internationally, including to Ougadougou, Burkina Faso where she began The Beautiful Archive Project, an audio archive centered on the perception of black female embodiment in contemporary dance performance. The cornerstone of her choreographic research, the collection operates as the foundation for Boxing Up Beautiful, an intermedia performance investigation of those same ideals.

Ms. Perkins has collaborated with the Dayton Philharmonic, Blackbird String Quartet, The University of Dayton’s Department of Music, and the Khalid Moss Jazz Trio. The later created an original composition for her ensemble work entitled Unrested and Unfaithful, which sits in DCDC’s permanent repertoire. The Descent of this Water: Rain (2014), an embodied reflection on the process of migration for people of color in the American south, was commissioned by the Dublin Arts Council as a site-specific collaborative community project. Ms. Perkins has created dance works and taught master classes for Dayton Contemporary Dance Company, Cutno Dance, SMAG Dance Collective, and Stivers School for the Arts Dance Ensemble. She has been a guest artist for the New Orleans Ballet Association/NOLA, the Augusta Ballet Company, Compton Dance Theatre and The Moving Architects. Currently she is an Assistant Professor in the Department of Dance at The Ohio State University, where she teaches contemporary movement practice.