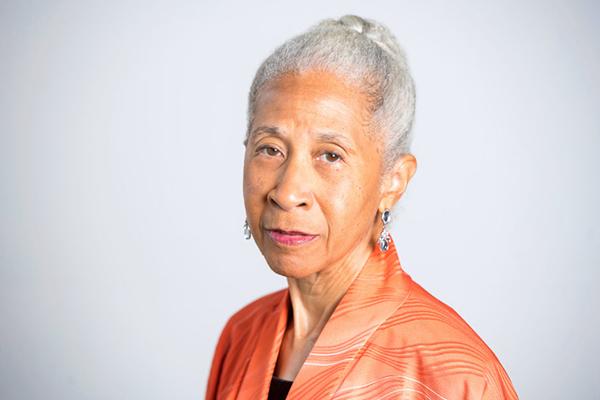 Dance Magazine honored Ohio State Dance Alumna Dianne McIntyre (BFA 1969) at a celebration benefitting the Harkness Promise Awards at Chelsea Factory in New York City on Monday, December 5, 2022. McIntyre is a dancer, choreographer, researcher, mentor, director, producer, and dance-driven dramatist. Her artistic intention is to “express dance as music moving.” She has sustained a career over many decades with choreography in concert dance, theatre, film, and opera.

In the 1970s, after moving from Ohio to New York City, she founded Sounds in Motion in Harlem, which grew from a dance/music company into a school into a mecca for artists, scholars, and activists through the 1980s.

Current work for her company and others is performed internationally and encompasses dance connections with live “jazz” music, cultural history, social movements, personal narrative, and legend. She has transformed words into dance, from the work of acclaimed writers Ntozake Shange, James Baldwin, and August Wilson to the aviator stories of her mother. Her work spans genres and collaborators including Olu Dara, Lester Bowie, Cecil Taylor, Amina Claudine Myers, Bartlett Sher, Regina Taylor, and Jonathan Demme. She has choreographed for Broadway plays, London’s West End, over forty regional theatre productions, and for film with Beloved. She received an Emmy nomination for HBO’s Miss Evers’ Boys.

Advanced
Read more about the award and the event