Honest Bodies: Revolutionary Modernism in the Dances of Anna Sokolow

Assistant Professor Hannah Kosstrin’s work on dance, Jewish and gender studies led to the recent publication of her book, Honest Bodies: Revolutionary Modernism in the Dances of Anna Sokolow (Oxford University Press, 2017). It is the first book of its kind to offer such an extensive analysis of Sokolow’s choreography including photos, film, live performances and critical reviews from international sources. Sokolow’s choreography was known for crisscrossing global social movements and Kosstrin’s book sheds political light on Sokolow’s life and career through the lens of her Jewishness, leftist ideals and gender. According to Kosstrin, her book “examines the transnational circulation of American modernism through Anna Sokolow’s choreography among the communist and Jewish currents of the international Left from the 1930s to 1960s in the United States, Mexico and Israel.” Read more about Honest Bodies in our semi-annual InForm publication. 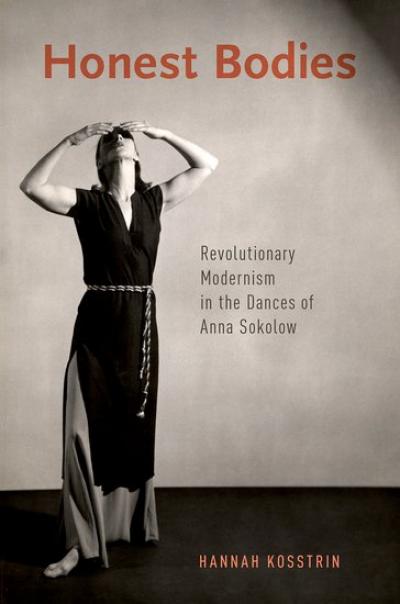 Synchronous Objects is a screen-based interactive work exploring choreographic counterpoint in a single masterwork by William Forsythe. Launched online and at the Wexner Center for the Arts in 2009, Synchronous Objects has received numerous honors including “Best of Show-Interactive” and the “Judge’s Choice Award” at the Columbus Society for Communicating Arts (CSCA), features in the New York Times and Communication Arts Interactive Annual 16, finalist in the 2009 Adobe MAX Awards, nomination for a Webby Award, and inclusion as a featured work in the SIGGRAPH Information Aesthetics Showcase. In 2010, Shaw was commissioned by Andreas Broeckmann/ISEA RHUR European Cultural Capital to create a large scale video installation based on Synchronous Objects which was selected by The Goethe Institute as an excellence project and toured internationally to sites in Europe and Asia including the Goethe galleries and festivals in NYC, Bangalore, Tokyo, Zagreb, and Ankara, and the Taipei Arts Festival.

Susan Van Pelt Petry is developing a new half hour dance theatre work titled The Linen Closet. With directorial support by Robert Post, this work will be presented as part of a solo show in September 2017 in Columbus, Ohio. Through the work’s episodic structure, many facets of women are portrayed: their clothes, their bodies, and their work. The use of fabric is a theme and through manipulation of sheets, napkins, aprons, and bolts of fabric, characters are revealed that are resolute, yearning, sensual, oppressed, and eccentric. The sections hint at many stories, many women – stories of oppression perhaps, about birth and death, about the male gaze, and also about the enduring fortitude of women’s work, women’s humor, and women’s tenaciousness. Petry proposes that at the intersection of body, clothing, and other domestic uses of fabric, there are rich dynamics about social constructs of identity, purpose, and beauty and she aims to tease apart these dynamics through dance and theatre methodologies including some audience interaction with the sculptural elements on the stage. The Columbus Cultural Arts Center invited Susan to perform an early iteration of this piece as part of the “Dare to Be Heard” program in autumn 2016. In addition, she created an installation work for the art gallery, using her set pieces (furniture and bins of linens) as both a visual and participatory meditation. The work has been shared to two student audiences as part of her research methodology at Denison University and Kenyon College. For more writings about the piece and process see https://vanpeltpetryperformance.blog 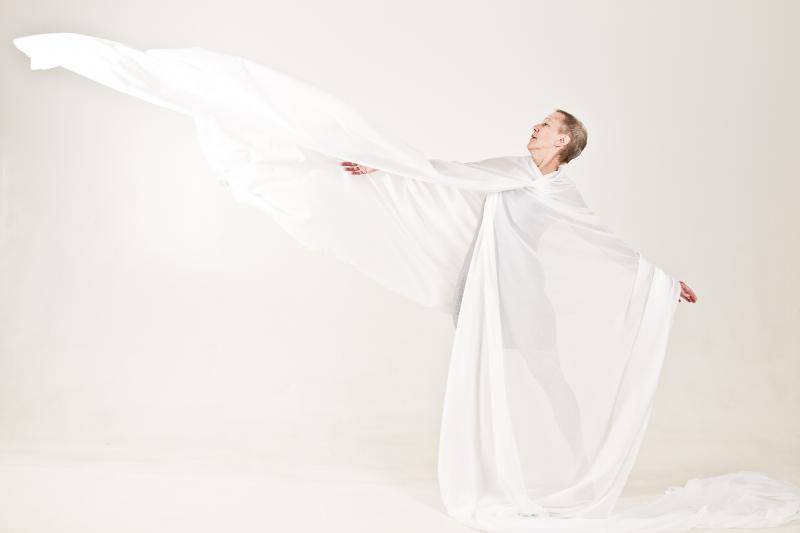 Dance in Transit (Harmony Bench and Kate Elswit, Principal Investigator) is a digital humanities research project that applies the tools of data analysis to the study of dance history. In particular, this project emphasizes the necessary relation between touring performers and the modes, networks, and infrastructures of transportation that link cities, countries, and cultures. Dance in Transit is supported by a Battelle Engineering, Technology, and Human Affairs (BETHA) Grant.

Dance Denmark is a 5 1⁄2 week long performance, teaching and cultural exchange program that is committed to engage with dance as a creative movement practice with many forms of expression. The program aims to inform the participating students how to engage with dance as a physical platform for bridging cultural understand between different countries and cultures. Students participating in this program had to successfully complete an audition held in Autumn semester 2016.

Working from notebooks I retrieved from my years dancing in the Merce Cunningham Dance Company, videotapes and communications with other Cunningham alumni, Daniel Roberts and I restaged excerpts from three dances choreographed by Merce Cunningham in the 1950s, when his company was in summer residence at the famous Black Mountain College in North Carolina. The Wexner Center for the Arts invited Professor Roberts and me to restage the dances for students to accompany the exhibit, Leap Before You Look that toured nationally in 2016.
MinEvent, Leap Before You Look, Wexner Center for the Arts

interrogates the notion of dance and activism during the performance career of Mary Hinkson, former principal dancer with the celebrated Martha Graham Dance Company. The research acknowledges Hinkson as a legendary modern dance artist and considers her role in addressing racial barriers and challenging cultural hegemony in American concert dance during the direct action phase of the Civil Rights Movement (1955-1965). A 2016-17 Coca-Cola Critical Difference for Women Research Grant enabled the acquisition of photo documentation to support this project. (see overview slideshow)

Hannah Kosstrin, Assistant Professor, has been awarded a Global Mobility Project Faculty Grant in the amount of $3,000 for her research on how the US reception to the Yemenite-Israeli company Inbal Dance Theater tours during the 1950s-1960s underscored Ashkenazi American Jewish assimilation through dance spectatorship. The Global Mobility Project at Ohio State, a Humanities & Arts Discovery Theme pilot project, awarded five faculty grants for research and creative projects on all aspects of mobility and migration, with open geographical, historical, and thematic foci. Dr. Kosstrin’s project engages the Global Mobility Project's focus on how local culture and individual decision-making inform and reflect the complex forces behind global mobility. Her project addresses how the Inbal tours’ local receptions in New York, Boston, Chicago, Los Angeles, and Washington, DC engendered a transnational discourse of divergent perceptions of Jewish ethnicities through the mobility, cultural framing, and capital interests at play through dancing bodies.

Globe Trot was an international crowd-sourced dance-film project. Prof. Rose got 54 filmmakers in 23 countries (representing all seven continents including Antarctica) to each contribute two seconds of footage of non-dancers performing choreography by Prof. Miller. The film has the effect of creating a sense of equalization — when a new image takes the place of an old image, with the same continuity of action, it says, These things are equal. And that was the hope of Globe Trot — that it would convey a message that people, all over the world, are equal. This two-project, which has won 15 awards, had to be very precise. You can see the training information for the filmmakers here.

Engaging dance and animation in pursuit of spontaneous motion, Motion Bank: TWO (2013) follows on the success of Palazzi, Shaw, and William Forsythe’s previous collaboration Synchronous Objects and was created by commission from Motion Bank and The Forsythe Company. TWO focuses on the choreographic thinking in the performance improvisations of two unrelated contemporary dance collectives, the Bebe Miller Company (US) and Thomas Hauert/Zoo Company (BE/CH).

Please come back soon to learn more about the research that our faculty are conducting!