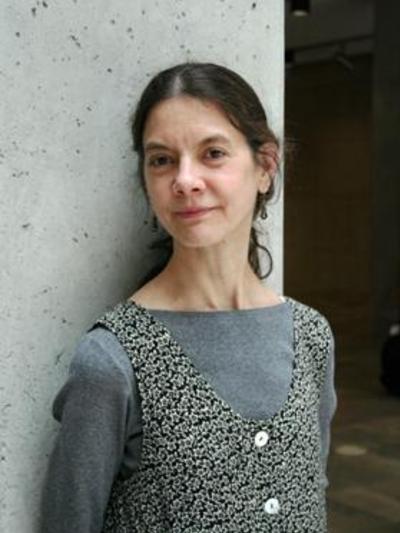 Professor Karen Eliot danced with the Merce Cunningham Dance Company. She has a PhD in English from the University of Georgia and a BA from Cornell University. Her book Dancing Lives: Five Female Dancers from the Ballet d'Action to Merce Cunningham (University of Illinois Press, 2007) investigates the contribution of the performer to the larger history of western theatrical dance. Her current research is on the intersection of the Second World War and the development of ballet in Britain, and has been supported by an OSU Arts and Humanities Seed Grant (2004), several College of the Arts Research Grants, and a Coca Cola Critical Difference for Women Grant (2007-08). In 2010 she was awarded the Howard D. Rothschild Fellowship in Dance at Harvard University’s Houghton Library for research on British choreographer Mona Inglesby. Her article on Inglesby and the International Ballet appears in Dance Chronicle. A new anthology on dance history and methodologies, co-edited with Melanie Bales, will be published by Oxford University Press in 2012. She currently serves on the advisory board for Dance Chronicle and was Recording Secretary for the Society of Dance History Scholars from 2001-2007. She has presented her work at international conferences including the International Early Dance Conference in Ghent, Belgium (2000), and the Sound Moves Conference at Roehampton University in London, England (2005). She has directed several student performances of choreography by Merce Cunningham. In 2006 she directed three solos from "Changing Steps" for an MFA candidate in the Department of Dance, and in 2004 and 2005 she directed both OSU students and students from the University of Minnesota in Merce Cunningham'sInlets 2. Her articles and reviews appear in: Dance Chronicle; Eighteenth-Century Women: Studies in their Lives, Works and Culture; The American Society for Eighteenth-Century Studies Book Reviews Online; Journal of Women's History; and Dance Research Journal.