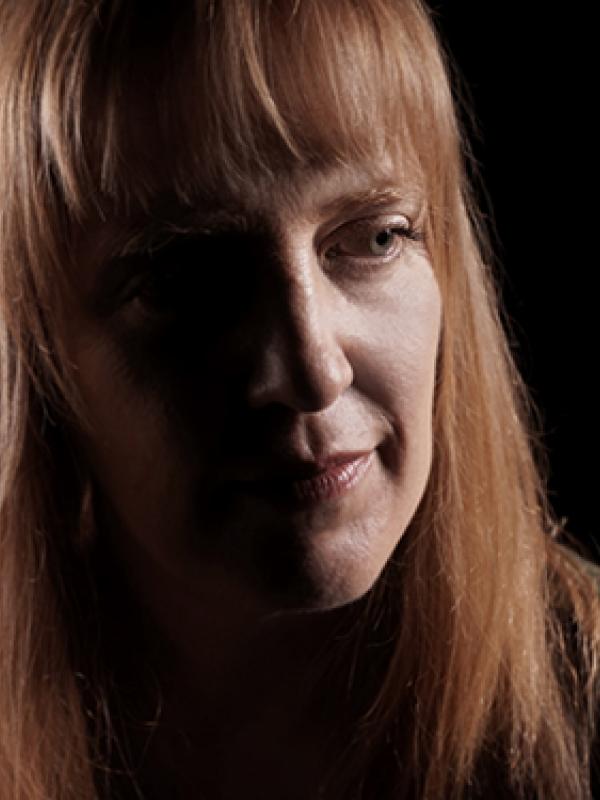 Norah Zuniga Shaw is an artist, writer, and creative director. Her artistic research centers on choreographic knowledge as a locus for interdisciplinary and intercultural creativity. She is internationally recognized for her digital projects and award-winning interdisciplinary collaborations including Synchronous Objects with William Forsythe and TWO with Bebe Miller. Her work has been presented around the world at venues including the Pompidou Center Paris, Taipei Arts Festival, PACT Zollverein Essen, Sadler's Wells London, Hebbel Theater Berlin, Spring Dance Utrecht, BUDA Kortrijk, Wexner Center for the Arts Columbus, Kampnagel Hamburg, Cyberarts Boston, Wyoming Gallery NYC, the Chicago Humanities Festival, and online with millions of viewers.

Shaw presents frequently on 21st livability and humane technologies and is currently touring the Livable Futures project including transmedia performance rituals on climate change, radio ballets, and creative public dialogs. Livable Futures is a broad based initiative bringing artists, scholars and public and private sector collaborators together to foster creative solutions for survival under planetary conditions of unpredictability and crisis.

Shaw’s digital projects include the multipart Collaboration for Humane Technologies, a series of Pop-Up events producing Virtual/Mixed Reality prototypes for posthuman full bodied discovery and open-ended play. Motion Bank: TWO (2013), her collaboration with Maria Palazzi and choreographers Bebe Miller (US) and Thomas Hauert (BE/CH), integrates dance data visualization, video, and animation in pursuit of spontaneous motion. TWO follows on the success of Palazzi, Shaw, and William Forsythe’s previous collaboration Synchronous Objects and was created by commission from The Forsythe Company. Synchronous Objects is a screen-based interactive work exploring choreographic counterpoint in a single masterwork by William Forsythe. Launched online and at the Wexner Center for the Arts in 2009, Synchronous Objects has received numerous honors including “Best of Show-Interactive” and the “Judge’s Choice Award” at the Columbus Society for Communicating Arts (CSCA), features in the New York Times and Communication Arts Interactive Annual 16, finalist in the 2009 Adobe MAX Awards, nomination for a Webby Award, and inclusion as a featured work in the SIGGRAPH Information Aesthetics Showcase. In 2010, Shaw was commissioned by Andreas Broeckmann/ISEA RHUR European Cultural Capital to create a large scale video installation based on Synchronous Objects which was selected by The Goethe Institute as an excellence project and toured internationally to sites in Europe and Asia including the Goethe galleries and festivals in NYC, Bangalore, Tokyo, Zagreb, and Ankara, and the Taipei Arts Festival. Other artistic commissions include an interactive sound installation for ICMC Copenhagen with legendary circus artist Jerome Thomas, three dances for television (WOSU-PBS), and performances for NANO at the Los Angeles County Museum of Art.

Shaw is a published author on numerous dance and technology topics and was funded by the Battelle Endowment to complete a book/catalog about Synchronous Objects and the new methods in interdisciplinary practice-based research it required. Forthcoming from Oxford University Press are two book chapters, one on improvisation and climate change called "Dancing Life" and another on contemporary ballet called "Living in Counterpoint." She sits on the editorial board of the Choreographic Practices Journal and on the Advisory Board for the ATLAS Center for arts and engineering at the University of Colorado.

Since 2004, Shaw has been Director for Dance and Technology at The Ohio State University Department of Dance and Advanced Computing Center for the Arts and Design (ACCAD) where she is a Professor and teaches courses in interdisciplinary research and composition, intermedia theater, critical theories of the body, embodied digital literacy, and dance improvisation. She co-founded the Motion Lab at ACCAD and frequently consults with other universities and arts organizations on development of interdisciplinary research and facilities for multimedia performance.