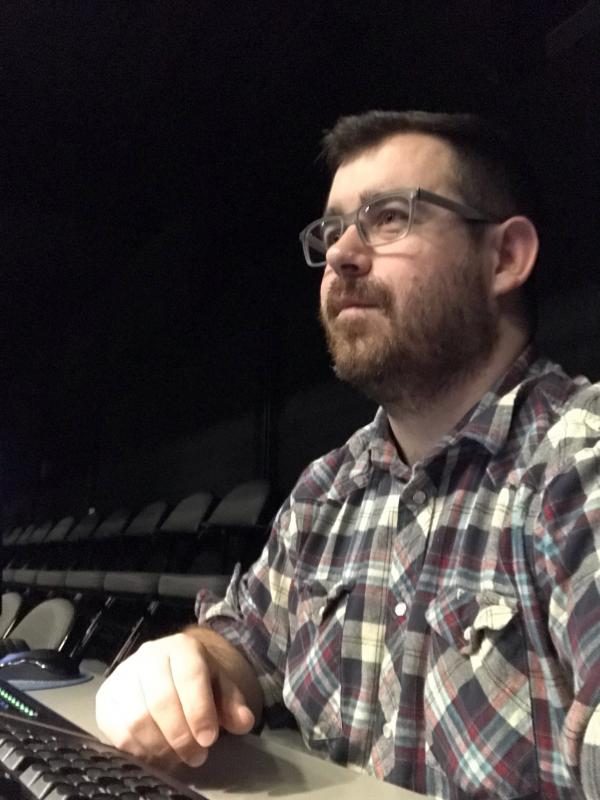 Jonathon Hunter received his MFA in Lighting Design from The University of Virginia and BA in Theatre Arts from The University of Akron after studying dance from a young age. He has worked for Cleveland Play House, Heinz Poll Summer Dance Festival, OhioDance Festival, and New York Stage and Film. In his travels, he has worked with local and national companies such as: GroundWorks DanceTheatre, Neos Dance Theatre, Dancing Wheels, Pilobolus, and Bill T Jones/Arnie Zane Dance Company. He collaborated with the Akron Symphony Orchestra for two concerts on their 2017-2018 season and has worked with Rubber City Theatre, Akron All-City Musical, and Mercury Theatre Company.

He found his way into technical theatre while volunteering with Weathervane Community Playhouse in Akron and discovered a love for video programming on the 2015 production of Ordinary Days. This programming got him involved with Neos Dance Theatre’s production of A 1940’s Nutcracker and their M.A.D.E. in Ashland series. Most recently he served as the Lighting and Video Assistant for Cleveland Playhouse.