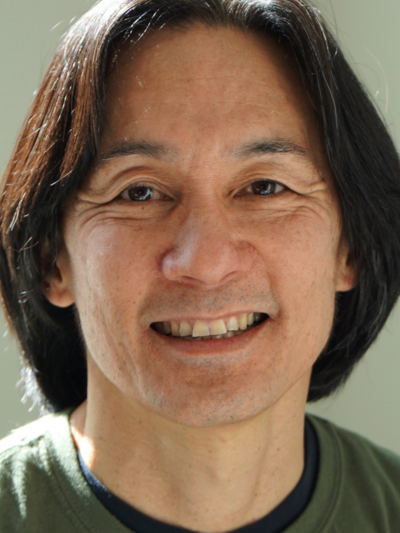 Eddie Taketa was a New York City based dance artist from 1982-2015, performing on countless stages throughout the world. He has been a member of more than a dozen dance companies, of which include the Murray Louis Dance Company, Nikolais Dance Theatre, Lar Lubovitch Dance Company, and the Jacob's Pillow's Men Dancers: The Ted Shawn Legacy. Additionally, Taketa maintained a performing and creative collaboration with Janis Brenner. From 1994-2015, Taketa was a member of Doug Varone and Dancers. He was an original cast member in twenty-eight of Varone’s works, and nine operas and plays directed/choreographed by Varone; served as the company’s Rehearsal Director; and staged Varone’s works on over thirty companies and university programs. Taketa has served on the faculties of Montclair State University, Lehman College, Bates Dance Festival, and SUMMERDANCE Santa Barbara; was Guest Artist at Connecticut College, the University of Iowa, and University of the Arts, Philadelphia; and Visiting Lecturer in the Program in Dance at Princeton University. Taketa holds a BFA in Dance Theater from the University of Hawaii at Manoa, and is the recipient of a New York Dance and Performance Award (Bessie) for Sustained Achievement in Dancing.