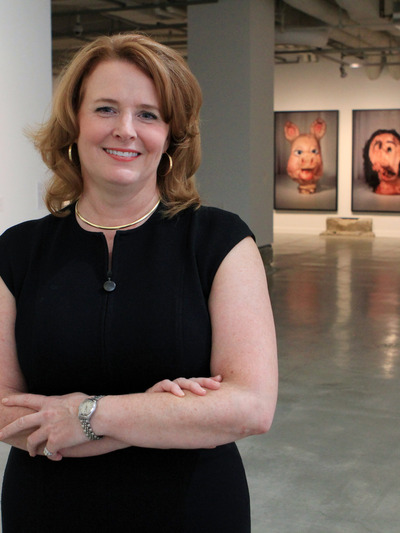 Valarie Williams collaborates on artistic projects producing critical conversations connecting scholarship in the arts with solutions for global societal change. Professor of Dance at The Ohio State University, Williams teaches, stages, and documents movement nationally and internationally. She has received funding from the National Endowment for the Arts, Ohio Arts Council, Greater Columbus Arts Council, and private foundations from around the world. A 1987 Presidential Scholars in the Arts honorable mention recipient in ballet, she apprenticed at the Paris Opera Summer Program in Evian les Bains, France; toured with Lincoln Center Institute Touring Programs for four years serving as dance captain; and performed with the Dallas Opera and Sharir Dance in Austin, Texas. Williams holds a BFA from The Juilliard School, an MFA and PhD from Texas Woman’s University, and is a Certified Professional Notator.

Williams' teaching and research projects have been supported by grants from National Endowment for the Arts to restage, notate, and design content for published multi-media documentation projects. As Executive Director of Ohio State’s Arts Initiative, she secured project and operating support from the Ohio Arts Council and Greater Columbus Arts Council, along with donor and sponsorship support from such organizations as the Schottenstein Group, Steuben Glass, the Skylark Foundation, Taikang Life Insurance, among others. She teaches and sets works around the world on national companies in Peru and Ecuador, Nanjing University of the Arts and Beijing Normal University in China, and the Jakarta International School in Indonesia, as well as at home for Booker T. Washington High School for the Performing and Visual Arts, Repertory Dance Theater, Emory University, and University of Texas at Austin. She has notated works by William Forsythe, Beverly Blossom, Yvonne Rainer, Pearl Primus, Bebe Miller, and traditional dances of the Hunan Province in China. Williams directs works from Labanotation scores by Humphrey, Graham, Sokolow, Taylor, Momix, Morris, Balanchine, Petipa, and many others.

Committed to shared governance, she currently serves on the University Senate as a third-term senator for the division of arts and humanities and works with members from across campus to bring a unique perspective as an artist and faculty member dedicated to solving problems though collaboration and negotiation. She is serving as 2022-2023 faculty fellow in the Office of Academic Affairs leading the renewal of the Carnegie Community Engagement Classification. She served as the inaugural associate dean for Outreach and Engagement for the College of Arts and Sciences (2017-2018) and collaborated with faculty and staff to serve the college in creating and supporting a vision and strategic plan for engagement in developing an outreach presence that highlights engaged scholarship.  She served as the former associate dean for Arts (2006-2009), Arts and Humanities (2009-2017), and executive director of Arts Initiative (2012-2017) where she led its projects and galleries (Urban Arts Space and Hopkins Hall Gallery) in multiple state and city awards. She held leadership roles in The Ohio State University/Royal Shakespeare Company Partnership and the Town and Gown Advisory Committee that resulted in partnerships that highlighted faculty and student scholarship throughout the world.

She serves on the boards of OperaColumbus, Columbus, Ohio; Dance Notation Bureau in New York, New York; and as Vice–Chair of the International Council of Kinetography Laban/Labanotation, Paris, France. Past service includes the boards of Alliance for the Arts in Research Universities (A2RU) at the University of Michigan (2012-2019) Ann Arbor, Michigan, and the Columbus Cultural Leadership Consortium (2015-2017), Columbus, Ohio.