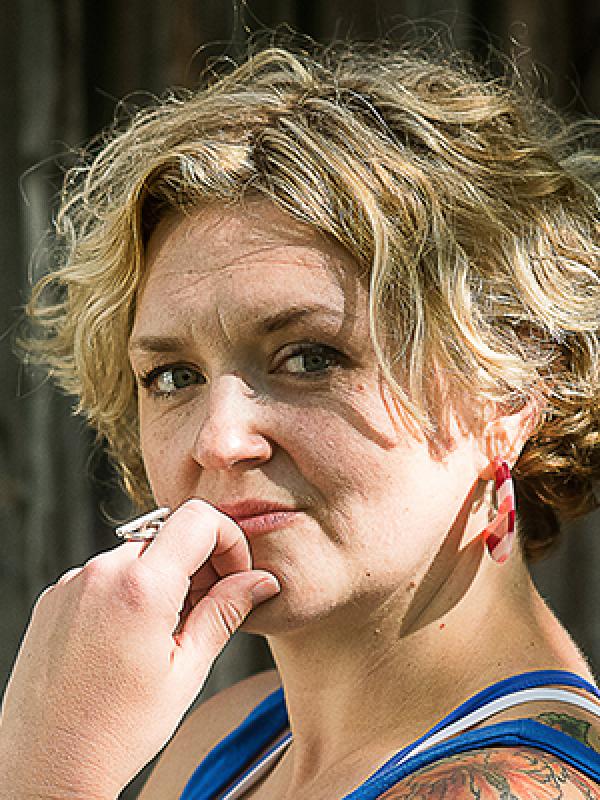 Abby Zbikowski created her company Abby Z and the New Utility in 2012 with founding members and Ohio State MFA Dance Alumnae Fiona Lundie (2012) and Jennifer Meckley (2013). She received the 2017 Juried Bessie Award for her “unique and utterly authentic movement vocabulary in complex and demanding structures to create works of great energy, intensity, surprise and danger.” In 2018 Dance Umbrella UK awarded her a “Choreographer of the Future” commission. She was an inaugural Caroline Hearst Choreographer-In-Residence at the Lewis Center of the Arts at Princeton University (2017-19), artist in residence at New York Live Arts (2018-20) and has also been in residence at Bates Dance Festival, American Dance Festival and the STREB Lab for Action Mechanics.

Before joining the faculty at Ohio State Dance, she served as an associate professor of dance at the University of Illinois and on faculty at American Dance Festival. She has taught at the Academy of Culture in Riga, Latvia; at Festival Un Pas Vers L’Avant in Abidjan, Ivory Coast; and studied at Germaine Acogny’s L’École de Sables in Senegal. Zbikowski holds a BFA in Dance from Temple University and an MFA in Dance from The Ohio State University.

Zbikowski has performed with Charles O. Anderson/Dance Theater X, Momar Ndiaye and the Baker & Tarpaga Dance Project. Her company has been presented nationally, performing at venues such as Jacob’s Pillow in Becket, MA, and the Fuse Box Festival in Austin, TX, among others. Her company’s new work Radioactive Practice premiered at New York Live Arts in New York City on May 18, 2022.