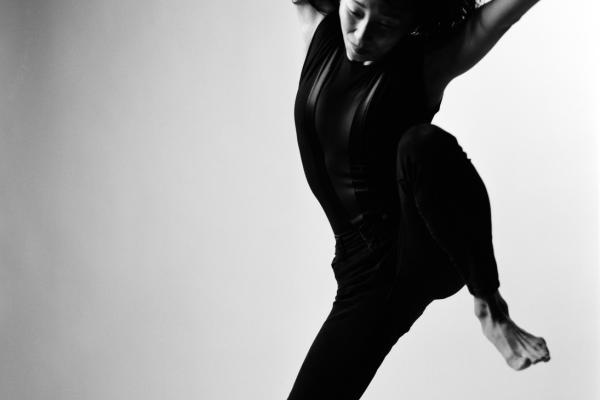 As part of the HUMANE TECHNOLOGIES: WELL-BEING Pop-Up, Maree Remalia will offer a creative movement experience for wellbeing.

OPEN TO ALL, but RSVP required.

Born in South Korea and raised in Medina, OH, Maree currently lives between Washington, DC and Middlebury, Vermont. She travels frequently throughout the U.S. working as a choreographer, performer, and teacher facilitating movement experiences with individuals from a broad range of backgrounds.

Recent performance credits include Blaine Siegel and Jil Stifel’s Objects for Dance, Staycee Pearl dance project Playground, and appearances in the work of interdisciplinary artist, David Bernabo. She has performed the work of Bebe Miller, Ohad Naharin, and Noa Zuk. From 2003-2008, she was a member of Cleveland-based companies MegLouise Dance and MorrisonDance and previously the Richmond Ballet (1996-1997) and Southern Ballet Theatre (1995-1996). In 2013, she joined the cast of Chickens, a new play by Paul Kruse produced by Hatch Arts Collective.

In 2011, she completed her MFA in Choreography and Performance at The Ohio State University and went on to earn her certification to teach the Gaga movement language through the first official Gaga teacher training program in Tel Aviv, Israel (2011-2012). She received her BA in Education for Social Change and Cultural Studies at Prescott College (AZ) and studied somatic and improvisational practices at Moving on Center School for Participatory Arts (CA). From 2015-2017, Maree is thrilled to join Middlebury College for the Movement Matters Residency as the Mellon Interdisciplinary Choreographer.

Maree is also a practitioner of the Ilan Lev Method, a Feldenkrais-based bodywork.